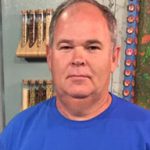 Long-time shrimper Bryan Mobley and his wife, Corina, had a dream to create their own shrimp brand. The Galliano couple knew that to really be successful in a market where shrimp imports continued to rise, and shrimp prices continued to drop, they would need to package their shrimp with a commitment to quality and sustainability. In 2016, their fantasy became reality when Corina Corina Shrimp was born.

Today, the Mobley’s tout the highest quality frozen shrimp on today's market, with an ultra-low, minus-40º shatter pack freezer system that meets the quality standards for Louisiana Limited Wild Plate Frozen Shrimp. They also produce one-pound vacuum packs of shrimp and oysters, as well as fresh shrimp direct to their customers.