Chef John Reason has always enjoyed cooking. He says he first fell in love with cooking as a boy cooking with his father. John then joined the military and served 16 years for The United States Army where he completed 14 deployments (12 combat tours & 2 peace tours.) While in service he earned two Bronze Star medals, two Meritorious Service Awards, and 14 Army Achievement medals before medically retiring from injuries sustained from combat in Iraq.

It was while in service that he attended a culinary school in Georgia. He explained that at the time, he wasn’t able to complete the schooling due to frequent deployments. John passionately shared how he often cooked and entertained for his soldiers, family & friends. Upon exiting the Army, he pursued commercial fishing and was encouraged to pursue cooking as a living. John then attended Louisiana Culinary Institute.

He has been a member of Louisiana Seafood Promotion and Marketing Board for 3 years, where he serves as the Wild Caught Catfish Board Member. He is a Pro Staff Member for ArrowTech Archery and Orca Coolers, and Field Staff for Cervicide Outdoors. He is the Consultant Chef for Delcambre Seafood & Farmers Market and Louisiana Direct Seafood Shop, where he does seafood cooking demos, and recipe implementation. His creativity and passion shows! Serving up delicious seafood dishes from alligator ravioli to shrimp noodles.

Chef John is currently working with Cajun Culinary Roots, where they are serving up private dinners and catering, and a Farm and Boat to Table experience. His goal is to start his own show where he is hunting, fishing and then demonstrates cooking the wild game and seafood fit for a restaurant, or simple and healthy for a family dinner table. He is passionate about bringing invasive species to the dinner table, and creating new delicious dishes each time with him. When asked what his favorite kitchen product is, he says C’est Tout Trinity. John says that he loves using it in his dishes, whether re-hydrated or dried for the flavors. He explains it is a “must” in his kitchen or on his demo table.

As if his story isn’t impressive or inspiring enough, Chef John Reason was recently awarded Top 25 Best Chefs of Louisiana for 2020. He was also nominated for the Small Town Chefs Award from Country Roads Magazine. When he isn’t hunting, fishing or cooking, he serves as a reserve police officer for the Central Police Department. You can find Chef John Reason on his YouTube channel:  J P’s Kitchen or on facebook at CajunGrobeck. Lastly, be sure to attend Delcambre Seafood & Farmers Market on Saturday, August 7th for Chef Demo from Chef John Reason for Shrimp Festival Month. 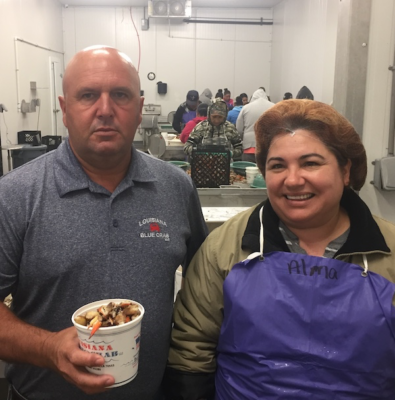 Sheb Callahan is a crabber. From his Louisiana Blue Crab, LLC based in Kaplan, LA, 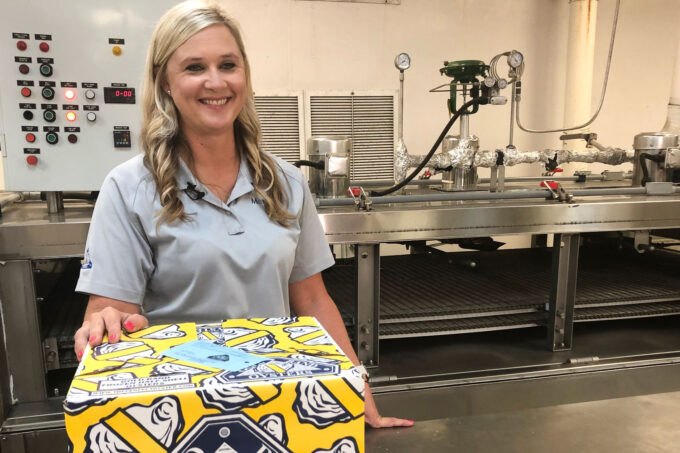 Naomi Porche is a Voisin through and through, as she carries on the family’s passion 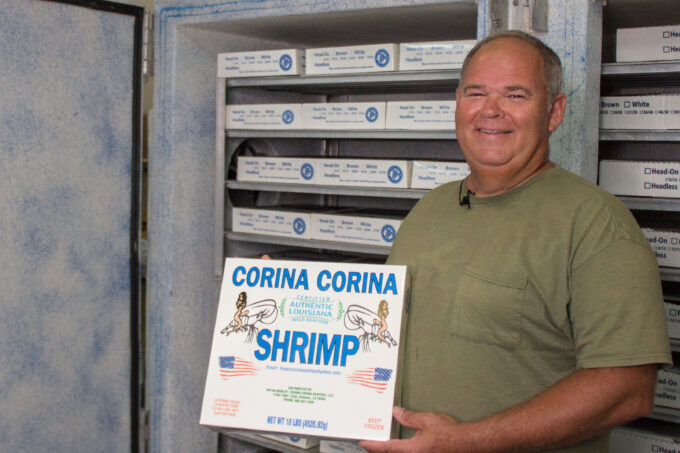